Ruftown records signee, Wendy Addo famed Wendy Shay will not enjoy much of her recently released banger as backbiters have raised concerns over the song to be banned.

Reports coming in from the New publisher newspaper states that Government has been petitioned to ban the “heat” song which was released in few days ago.

On the report, the ‘Uber driver’ hitmaker was seen boldly on the front page of the new publisher newspaper with the caption “ Government petitioned to ban Wendy Shay’s heat song”.

We can’t actually tell as to what exactly happened or the people behind all these things but definitely the perpetrators will be brought to book. 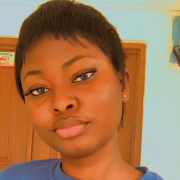 Fan Calls Delay A Sellout After She Is Named NPA’s LPG Campaign Ambassador.

Following criticism from the CEO of RTP, Blakk Rasta vows to return all awards.