Sekou Nkrumah, son of Ghana’s first President, Osagyefo Dr. Kwame Nkrumah has labeled John Agyekum Kufuor as a dishonest person. He said recent utterances by the former Ghanaian President has brought to the fore his hatred for Dr. Kwame Nkrumah.

President Kufuor, in an interview last week, suggested that Ghana had its independence prematurely.

He recounted how Kufour undermined his dad during the 1966 coup that ousted him.

“Will it surprise Ghanaians to know that during his days in cells ( political detention after the Acheampong coup that overthrew Busia in 1972), this very Kufuor was running Kwame Nkrumah down?”, he wrote.

“I was told several stories from one of his cell mates about his hatred of Nkrumah!”

“The first time I met Kufuor was at the Hearts park behind the Arts center, it was at a political rally organized by the opposition somewhere in the 1990s. On the surface he appears like a nice guy, but is a snake under grass! For me personally Professor Adu Boahene (who lost the 1992 elections to NDC) although an opponent of Nkrumah’s ideology was a more honest leader of NPP”, he added. 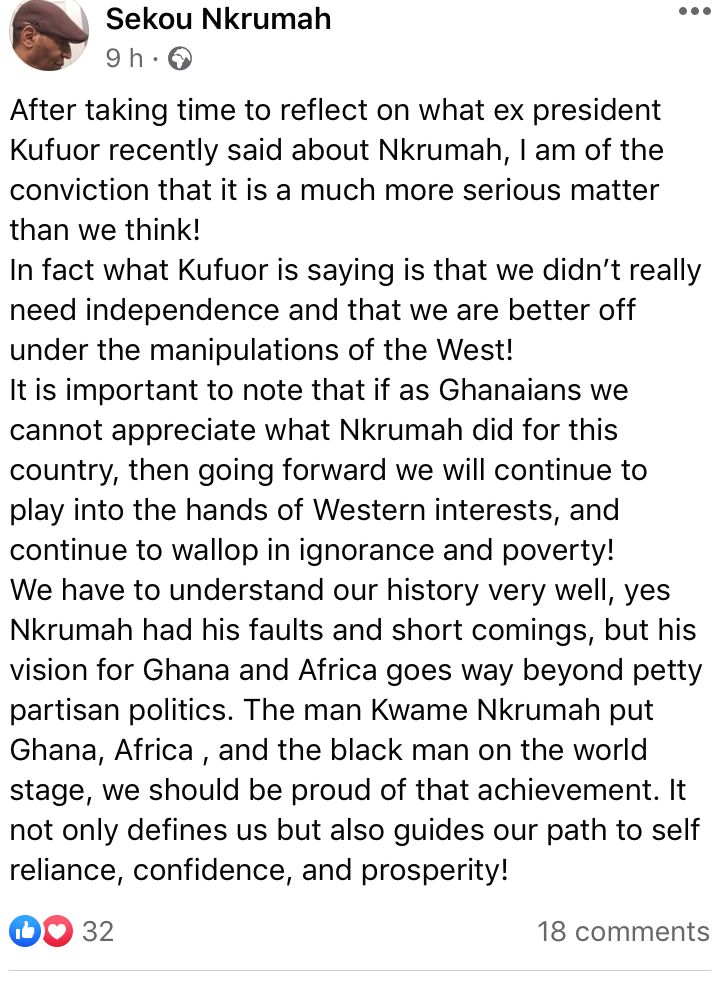 A billionaire has agreed to fund my presidential campaign – Kumchacha.